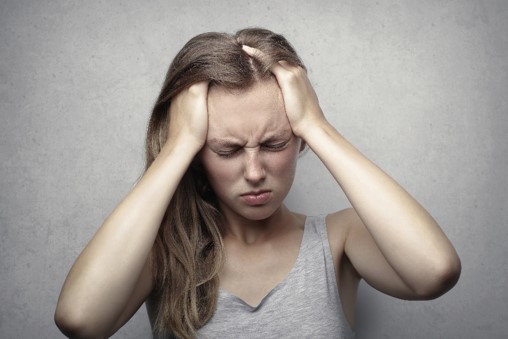 One of the first direct mentions of people being demonized in Scripture is found in Matthew 4:24.

24The news about Him spread throughout all Syria; and they brought to Him all who were ill, those suffering with various diseases and pains, demoniacs, epileptics, paralytics; and He healed them.

εἰς ὅλην (throughout all)  τὴν Συρίαν·(Syria) καὶ (and)

προσήνεγκαν (they brought) αὐτῷ (to Him) πάντας (all)

συνεχομένους <=who are seized with or gripped with

[καὶ and] δαιμονιζομένους (the demonized)

καὶ (and) σεληνιαζομένους (epileptics) καὶ (and)

Let’s look at the first significant word in this text. Matthew says they brought to Yeshua all literally “having illness or having evil” or in modern versions all who were “ill” = κακῶς.

The chart below shows some of the English terms that the NASB translates the Greek word κακῶς in Scripture.

Likewise below is another chart showing the Hebrew words that this Greek word κακῶς is used to translate in the LXX (Septuagint).

קלל  koof-lamed-lamed is a Hebrew root most commonly translated as curse or cursed (41 out of 82 occurrences in the NASB).

ארר  aleph-resh-resh is the root for the concept of binding with a curse.

“You shall not curse תְקַלֵּ֑ל   God nor curse תָאֹֽר   a ruler of your people.”

Finally, חלה  chet-lamed-hey is a root for weakness, illness, sickness, or feeling pain.

Together these terms gives us a greater sense of the broader scope of “illnesses” in view in Matthew 4:24 that range from physical illnesses in the body to mental and emotional afflictions or torments or strongholds in the realm of the human soul (mind, will, and emotions).

Thus, when Matthew 4:24 says that Yeshua healed all who were “ill” κακῶς ka’kos, the term “ill” carries a type of categorical or overarching broad characteristic that is clearly not limited to the flesh or physical medical ailments alone.

If we recognize the primary meaning of how the term is used and translated, particularly in regard to the LXX, κακῶς ka’kos implies primarily those who are “under a curse” of some kind in some form or fashion that brings with it either a physical “curse” due to pain or diagnosis (i.e. negative diagnosis by a doctor, “i.e. you have cancer, or you have six months to live”) or a soul level curse (a person’s mind, will, or emotions having been “demonized” in some form or fashion due to various “open doors” from coming in agreement with a lie or from sin in various areas in their past (or their generational line). Many are often sexually related, drug related, or with regard to the worship of false gods (idolatry) or witchcraft etc..

Thus, both categories of illnesses (physical and mental/emotional) carry a type of “curse” related to them that then requires various forms or kinds of “deliverance” or healing that are available, especially because Yeshua ultimately covered and paid the payment required under any of curses common to man through His death on the cross when He condemned sin in the flesh (Rom 8:3) and overcame the ultimate curse of sin and death on our behalf.

Now, let’s look more closely at the LIST of items Matthew lists under this broad category of human “ills” (κακῶς). The Lord went about healing people of these “ills” as a significant and constant part of his daily ministry activities, and He later sent His disciples, whom He was training and raising up to be able to train others, to do the very same thing, sending them out in groups of two with a specific instruction that they were to: 8 “Heal the sick, raise the dead, cleanse the lepers, cast out demons. Freely you received, freely give.” Matthew 10:8

In our original verse (Matthew 4:24) specifically, the “ills” that Yeshua, as well as that which his disciples were to “heal and/or cast out,” fell under a category of ills that had “seized” God’s people (i.e. His “lost sheep”) with all manner of diverse kinds of diseases, pains or torments, demonization, epilepsy, and paralyzation. Let’s take a minute to look at each one of these words in more depth.

From this verse (Matt 4:24) we can conclude that Yeshua’s “deliverance” ministry delivered or provided salvation not just for the sake of a future hope against eternal damnation (although that is most significant), but He offered help for practical “now” temporal deliverances needed by the people in the present age, i.e. from curses and ills brought about from things that ranged broadly from verbal to physical abuses as well as sicknesses, diseases, and injuries that damaged the physical body and/or wounded, afflicted, and sometimes tormented the soul.

What I mean is, the person already had and expressed faith and hope in the God of Abraham, Isaac, and Jacob, but could not seem to get free of a particular affliction, such as the one the Lord called a “daughter of Abraham” whom He delivered from an affliction she had dealt with for 18 years, but had not yet been set free from. This is likely due to the fact that she had not come in contact with anyone in her synagogue who had the authority, knowledge, and anointing to assist her and help set her free of her affliction until Yeshua (Lk 13:16), who was one who taught with authority (Lk 4:32).

What I find so provocative about analyzing this first verse, is that the Christian community today is largely in favor of praying for and addressing physical or biological “ills” that they believe a “Christian” can have, but has largely ignored or not walked in any manner demonstrated by the Lord and His early disciples, who carried a knowledge and anointing that actually knew how to address the “ills” of the soul among “Christians” (those seeking to follow God but full of all manner of torment and injury in their souls).

Since God is about to pour out His Spirit in a big way today, and He already is doing so in many places, how will these hungry new believers grow and be fully delivered in your typical “look the other way congregations” of today?

Many are going to be delivered from major areas of torment and affliction of the devil and many will come out of witchcraft, new age, and other idolatrous religions and will be needing and seeking freedom beyond what a simple “sinners prayer” and “you’re good” approach of most churches today can offer. Most people have not even considered what they would do or how they would react, or they would not know how to handle a situation if they were praying a simple sinner’s prayer with someone and all of a sudden that person started to manifest demonically. These are real issues that very few people talk about in typical American churches today, much less are taught or instructed in.

I know these things are not just “theoretical,” because I have felt like one of those afflicted souls at times and I’ve sought the Lord to help me understand these “soul wounds” (rejection, betrayal) and how to get free of them so that they do not become an open door for the enemy to afflict me, and so that my soul wounds do not “pass on” to my children through my own reactionary behaviors that fall short of the glory of God. Nor do I want those soul wounds and curses from my past to continue to hold me back from serving the Lord fully and effectively as I should and as He deserves of me.

Having gone through Seminary to the highest levels, such courses were never offered, the topics never addressed, nor were they even discussed. Maybe it is time we start seeking the Father for renewed understanding and greater anointing to “deliver” those we minister to, so that we can walk in the same power and anointing of the early believers of Yeshua, who were much more effective in helping free people from these “ills” that the Lord Yeshua died so that they might be set free.

What is your reaction to this deeper insight into Matt 4:24?

Have you dealt with or are you still dealing with any soul wounds? Illnesses? Demonic attacks or possession either now or in the past?

If in the past, how did you deal with it? Or are you still searching?

What questions do you have in this area that we can do further investigation?