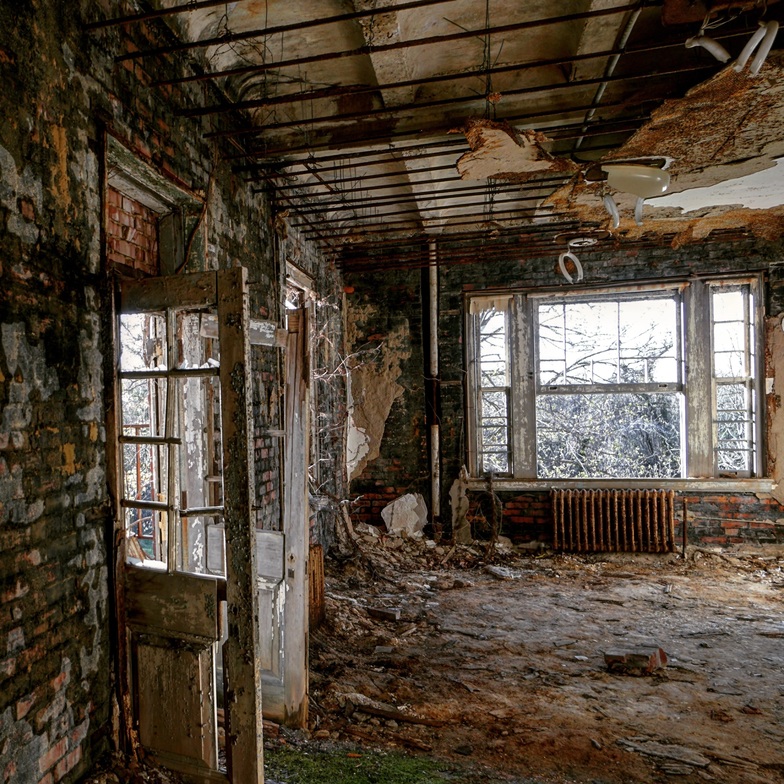 21 They went into Capernaum; and immediately on the Sabbath He entered the synagogue and began to teach. 22 They were amazed at His teaching; for He was teaching them as one having authority, and not as the scribes. 23 Just then there was a man in their synagogue with an unclean spirit; and he cried out, 24 saying, “What business do we have with each other, Jesus of Nazareth? Have You come to destroy us? I know who You are—the Holy One of God!” 25 And Jesus rebuked him, saying, “Be quiet, and come out of him!” 26 Throwing him into convulsions, the unclean spirit cried out with a loud voice and came out of him. 27 They were all amazed, so that they debated among themselves, saying, “What is this? A new teaching with authority! He commands even the unclean spirits, and they obey Him.” 28 Immediately the news about Him spread everywhere into all the surrounding district of Galilee.

According to the book of Mark, shortly after the Lord calls Simon, Andrew, James, and John, to follow Him, Yeshua enters the synagogue at Capernaum, near the Sea of Galilee. It is the Sabbath and Yeshua begins teaching with great authority, amazing everyone.

Now, having recently come through 40 days and nights of fasting and testing in the wilderness followed by His immersion by John, which essentially kicked off Yeshua’s active public ministry season, Yeshua’s casting out of the unclean spirit at Capernaum is one of the first public counterstrikes we see the Messiah engage in against the enemy’s fallen kingdom. The public humiliation and shaming of this supernatural fallen kingdom had now commenced as the Kingdom of God began to draw ever near.

Thus, Yeshua’s newly public and authoritative teaching and presence in the synagogue at Capernaum that day clearly provoked the manifestation of a demonized man that was in attendance. It is safe to assume that since the man was in the synagogue for Sabbath prayers and worship, he likely may not have realized he had or perhaps had never previously manifest demonically, thereby not even realizing he was in bondage to an unclean spirit or spirits. The only clue of what “kind of spirits” that were cast out of this man can be deduced from the words he speaks. The man cried out from the crowd that he “knows” who Yeshua “really is.” This indicates he may have had some kind of prideful or arrogant spirit, or possibly also a religious spirit, since Yeshua’s very presence and manner of teaching seems to have provoked him to manifest. Note that someone crying out those words would, in itself, not indicate to most people that the person “had a demon or demons.” So how did Yeshua know?

Perhaps it was the type of voice in which he cried out that may have been significantly different from how the man normally spoke. Or, perhaps the manner in which the man spoke was such that it was evident to all that it was no longer the man speaking, but something more sinister.

In any case, in this instance, the demons in the man clearly felt threatened enough with Yeshua’s presence that they, in a loud and disrupting voice, confronted Yeshua and questioned his intentions. Except for the fact that the demonized man begins to use a plural pronoun “us,” we would not deduce from his words alone that he had an unclean spirit, since others listening could have perhaps assumed he meant “us” in reference to all those who were in attendance or members of that synagogue. Clearly, from the larger context, after Yeshua rebukes and casts out the unclean spirit, the “us” in question was shown to refer to the demons manifesting in the man. The Lord, however, discerns the truth of the matter immediately and commands the unclean spirit to be quiet and come out of the man. The spirit(s) then cause the man to convulse and cry out with a loud voice as they depart, signifying to all that the man did in fact have an unclean spirit(s).

Anyone who has witnessed multiple deliverances, whether in person or via video recording, will quickly recognize how the general behavioral pattern revealed in this first incident recorded in Mark 1 is common of demonic encounters and exorcisms. This clearly dramatic scene demonstrated the great authority and power that Yeshua walked in, and it was this authority and power that got everyone’s attention, causing news of Him to spread quickly to all the surrounding areas.

In fact, that first night the entire city gathered at the door to Simon Peter’s house, bringing to Yeshua all who were either suffering from various diseases or illnesses or who were demonized. Mark goes on to emphasize three times that Yeshua’s main ministry efforts from the beginning included preaching, healing, and casting out demons in 1:32, 34, & 39.

Some will argue that this man could not have been “a believer” so as to explain why he had demons, but there is nothing in the text to assume this. Moreover, we have more reason to believe he was one who claimed to or thought himself to be a “believer” in the same way today many claim to be Christians. In other words, those who attend church regularly, and may honestly be seeking God, but also may have significant areas of compromise in their life (or someone previously in their bloodline did), and they may have knowingly or unknowingly opened a legal door for demonization in their soul realm (i.e. in their mind, will, or emotions). Most of the evidence from those engaged in deliverance ministries would attest to the fact that unclean spirits do not like to “play fair” and they will exploit any opening they are given until resisted (James 4:7), challenged otherwise, or directly cast out.

The fact that it is common in Christian circles to theorize that one should not cast out a demon from someone who is not actively seeking God, or not claiming to be a believer, is because once you cast out the demon, if the Holy Spirit (Spirit of Truth) is not there to fill in that previously sinful or broken area of their soul with His healing oil, then those same unclean spirits and several more even worse than the first, will come back, and the person will be worse off than they were before (Matt 12:43-45). That kind of situation automatically presupposes that a “Believer” can be in need of deliverance from unclean spirits hiding in the area of the soul (i.e. the mind, will, or emotions) if that person has never fully repented, nor closed the legal loopholes, nor effectively been “delivered” in certain areas of their life. Perhaps the believer still holds onto bitterness or envy, or believes something untrue, or comes in agreement with an ungodly lie, or makes an agreement with a demonic entity unknowingly through something they ignorantly did not realizing they gave the demon access through engagement with things historically connected to witchcraft or idolatry, ignorant based choices in lifestyle or activities, certain types of music, (etc.). One of the bigger clues; however, is a believer who has a “secrete” private life in which they engage in unholy behaviors that they know is wrong but feel they simply cannot stop even though they feel shame and may even hate themselves afterward. Instead, they may make excuses to justify the behavior in their immaturity or ignorance, which opens the door for the enemy to have legal claim to torment them.

Many times a person may have done something in their youth that they have turned from a while ago, but they had never actually renounced the curse they had come under through the bad behavior. Thus, they have never actually been delivered from the unclean spirit associated with that curse they brought upon themselves or their future generations. Therefore, that demon is just waiting for the next opportunity or to move on to the children in the next generation, because it is still there causing havoc behind the scenes, because no one has renounced, broken the curse, and confronted it, because they did not even realize that it was there. In fact, they may have even thought the negative voices and suggestions were coming from their own mind, when in fact they were coming from an unclean spirit.

While certainly not everything is demonic related, there has been a chronic ignorance and ignoring of the issue of demonization today within the believing community such that people do not even think to consider it as an underlying problem for certain otherwise unexplainable behavioral or compulsive problems people have today that they cannot seem to break free of, such as depression or suicidal thoughts. Sometimes people can be delivered by a sovereign work of God, and sometimes through self-deliverance (self-confession and casting out of their own demons), but frequently people need someone educated in deliverance to walk them through the process so that they can truly get free.

Thus, the first big “take away” from this story in Mark is that the manifest presence and authority of the Lord will cause demons to manifest. Often today our churches do not carry enough presence of God in the service to provoke any demon that may have hitched a ride on someone in the service. They do not care if you “go to church,” they only care if you are engaged in the type of church in which the manifest presence of God shows up and people start getting healed and set free.

Believers, or those seeking God, may require help getting delivered from unclean spirits they may or may not even realize are a problem in their life. Sometimes self-deliverance is possible, but sometimes a person needs the help of others to truly get free, especially in our modern culture in which many unclean spirits have taken up residence or otherwise hidden themselves in the lives of many people for years, much like leaven hidden in a wounded, broken, or bound area of the soul.

In fact, the concept of Unleavened Bread teaches us how a little leaven can leaven the whole lump of dough, requiring believers in our still “mortal” state to annually purge and cleanse our homes, not just physically, but as we do the physical removal, use that time to introspectively contemplate and likewise pray for the Lord’s help to remove the spiritual leaven that remains hidden in the deeper areas of our soul (1 Cor 5:7).

Likewise, every annual Yom Kippur prayer service offers worshipers the opportunity to thoughtfully contemplate and renounce any sinful actions or hasty vows (or curses) that one should not have vowed, failed to fulfill, or fell into, effectively providing believers with an annual set time to contemplate and take the time to keep our soul in good health, and not just be satisfied with a regenerated spirit (so we can “go to heaven” one day), while our soul remains tormented. In this way, we are able to experience the full deliverance and cleansing the Lord paid for on our behalf.

23 Now may the God of peace Himself sanctify you entirely; and may your spirit and soul and body be preserved complete, without blame at the coming of our Lord Jesus Christ.